A series of images of a Black Skimmer feeding as it was skimming through the water in one of the channels along the Wildlife Drive at the Brigantine Division of the Edwin B. Forsythe National Wildlife Refuge, Brigantine Division. It seems like it also had a damaged feather on one wing. All images were taken with a Canon 1D mkIV with a 400mm DO lens & 1.4X Teleconverter. 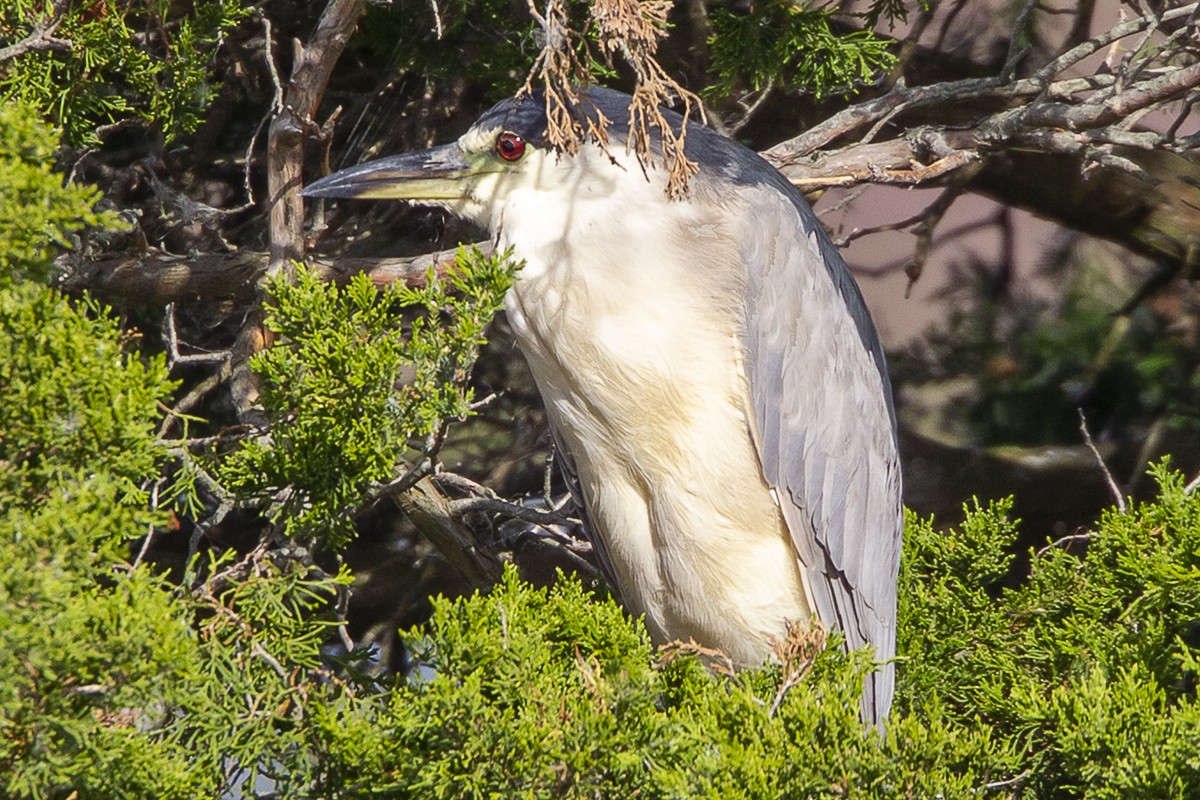 When we are at National Wildlife Refuges you often see interesting subjects way off in the distance, but too far away to get good images. Adobe has an “Enhance” feature now that you can “enhance” to Double the size of the image but it only works for certain “Raw”types. But many times I want more enlargement than “Enhance” gives you. I almost always shoot “Raw” images because I can get more detail & adjust them somewhat before opening them in Photoshop. Using Camera Raw I can also “UpRez” my images when using Adobe Camera Raw Data. This way of super uprezzing seems to work quite well most of the time. All you have to do is enter larger amounts in the Image sizing window in the Camera Raw Size Panel. Give it a try! You can also add a “High Pass” Sharpening Technique layer over the final image to enhance the sharpness more. Just adjust the opacity of the sharpness layer to what you like. I have found that when you adjust this lessen the amount a little more for better results. There are other ways to upRez but this is what I use quite often plus it is in your Adobe Photoshop already. So it easily works in my Image Workflow. Also the images here are downsized to 1200 pixel size for WordPress posting so the Full image has much more detail. 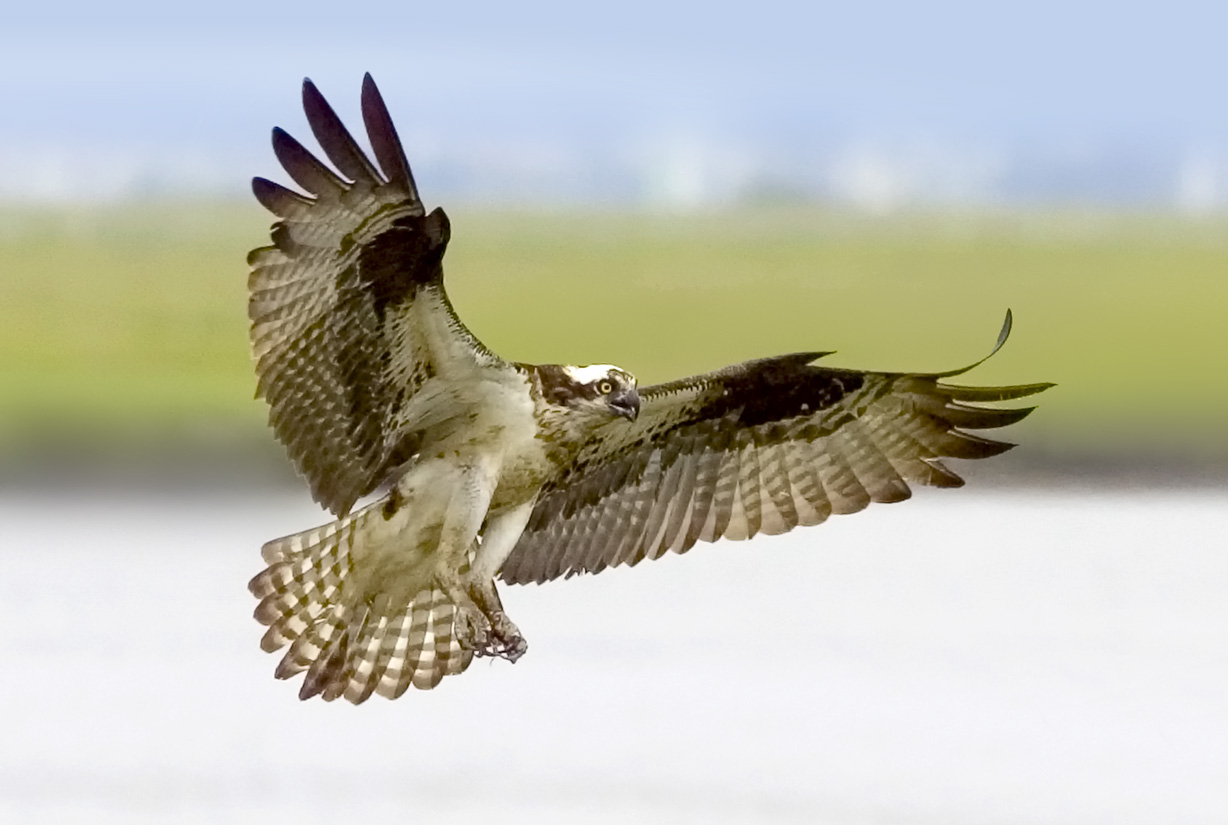 I photographed this Osprey years ago at the Brigantine Division of the Edwin B. Forsythe National Wildlife Refuge in New Jersey. I was going through & cleaning up old hard drives and found images from this trip. We liked to watch & photograph the Ospreys flying to and from the Osprey Platforms along the Drive. This image was from one of our early trips there in July 2006. Back then I was using a 400mm Canon DO lens on a Canon 1D mkII that shot with a 8 megapixel sensor for a 24 meg file at ~8 fps . In today’s world that seems low-res and slow! But it did a pretty good job back then. But you could open the files quite a bit bigger and hold fine detail if you used Adobe Camera Raw and set the parameters for larger prints or severe cropping. Image taken @ f/10, 1/1000 sec, ISO 320. 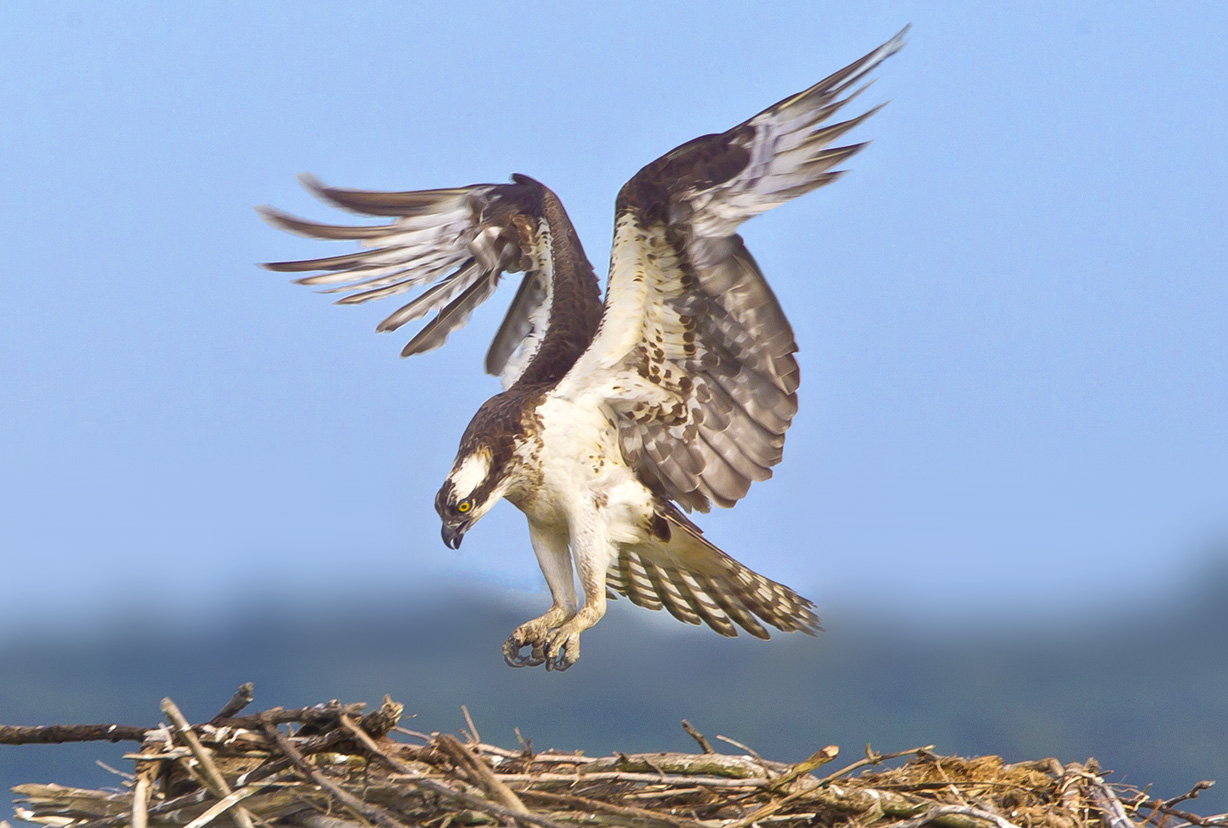 These are from a previous visit to the Edwin B. Forsythe NWR, Brigantine Division in Oceanville NJ. There are many Osprey Platforms with nests scattered along the Wildlife Drive. So if you are patient and wait for the Ospreys to return you can get some interesting flight & landing images. If there are young Ospreys in the nests there is usually more activity with the adult birds bringing food and feeding the young. These are images are of a landing sequence. Images were taken with a Canon 1D mkIV with a Canon 400mm DO lens with a 1.4x Canon Teleconverter. Looking at the Camera Raw Data the nest was 154 feet from the Wildlife Drive .

We finally got to go to one of our favorite National Wildlife Refuges, the Brigantine Division of the Edwin B. Forsythe NWR in Oceanville NJ. On this day the wildlife was few and far between but it was still fun to get out and photograph. The cloudscapes & landscapes were Great and the Green Headed Flies were not biting as much as other visits! So it was a Great Day to be out and photograph! For this post I am using images of a Great Egret that seemed like it was posing for me instead of flying off. We did see quite a few other Great Egrets but most were far off in the distance.

I photographed these 3 Ospreys along the Wildlife Drive at the Brigantine Division of the Edwin B. Forsythe NWR in Oceanville, NJ. In the Spring & Summer months there is a lot of activity at the Osprey Platforms along the Wildlife Drive. Some Platforms are fairly close to the Drive, where others are a little more distant from the Wildlife Drive. Usually the closer ones are crowded with cars lined up so I tend to like the ones further away and shoot with longer lenses. Usually I am photographing them in-flight coming & going from the Platforms but here I liked the 3 lined up in a row looking like a family Portrait.

We decided at the spur of the moment to take a trip in state to the Edwin B. Forsythe National Wildlife Refuge, Brigantine Division. We thought that concentrating on just driving & photographing on the Wildlife Drive we would not be close to any others visiting there. We were surprised how many people were there, but it was fun to get out and photograph again. It was a Great Day and was fun to take your mind off Covid-19. The cloud formations were Great in the am and there were quite a few birds to photograph. I was mainly looking for large flocks of Snow Geese to photograph. Usually they are in multiple groups in the water scattered along the Drive and flying around the Refuge. But on this day they were mainly only in 2 very large groups quite far out along the Drive and not flying through the Refuge. Except 1 or 2 that flew by far out in the distance. So on the one large group I decided to shoot a panorama that turned out to be 30 images shot with a Tamron 150-600mm @ 600mm on a Canon 1D mkIV, handheld. I wished I had used the Canon R instead for finer detail, but I was using that with a Wide zoom lens.

I found this Immature Black-Crowned Night-Heron hidden in the shade along the trees off Wildlife Drive at J.N. Ding Darling NWR. I was using a 100-400mm lens @400mm. Luckily it did not go deeper into the trees as another one did that was next to it. 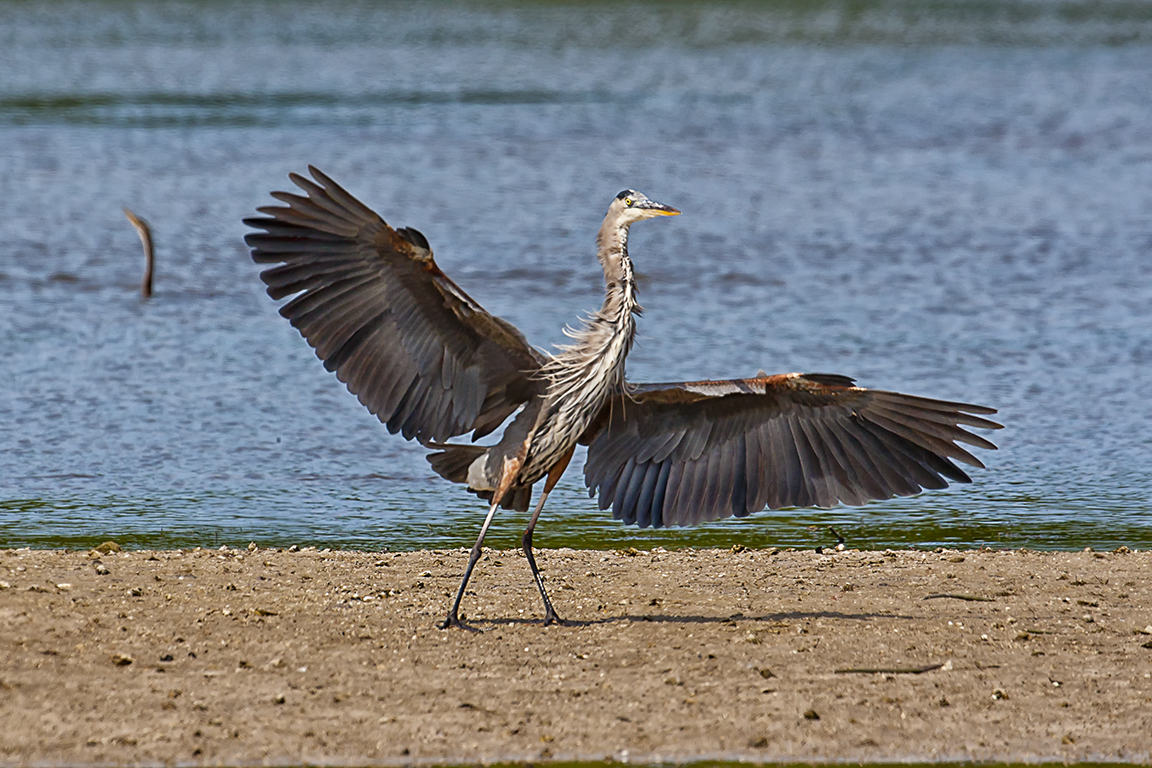 We were setup on the Wildlife Drive at this popular spot at J.N. Ding Darling National Wildlife Refuge. It is a fairly wide open area with sandbars where birds tend to land and flock to. Plus a lot of activity in the water around it. A lot of people also fish here so it gets very crowded for photographers! Sometimes there are up to 40 or more people here photographing the birds. This Great Blue almost looks like it is waving to us. I also liked the Cormorant swimming by in the background. Image taken @800mm.