We went to Davidsons Mill Pond Park to photograph a few panoramas, mostly for cloud formations. The Featured Image is of the small pond near the main parking area. Photographed from the wooded back area showing the pond from a different vantage point. This is 5 images, handheld @ 14mm, Panasonic 14-140mm, Olympus OM-D E-M1. When doing panoramas with the m43 format I tend to overlap the images much more than when using my standard Canon equipment. 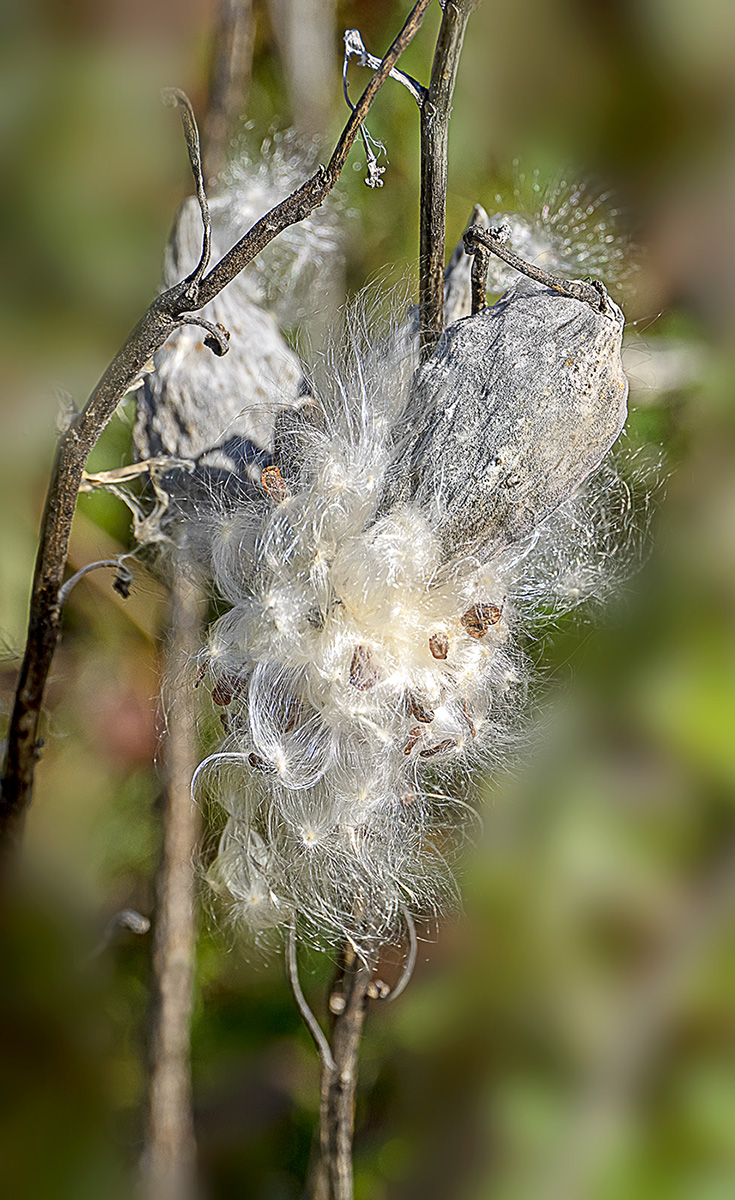 We went to Davidsons Mill Pond Park to see what we could find to photograph in the fields and to get in a walk on a nice sunny day. In one area there there is a field with a lot of Milkweed Plants along with other plants & flowers. They are past their prime now, but still had an interesting look to them. I was using an Olympus OM-D mk 1 with a Panasonic 14-140mm lens. The featured image is a 9 image handheld panorama taken @ 140mm, f/8. When shooting a multi-image Panorama handheld, I shoot many more images than if I was using a tripod. It just seems to blend better with more images when hand holding for some reason. I was looking online about Milkweed plants and found an interesting fact about Milkweed plants. The milkweed offers crucial habitat to the monarch butterfly. But in 1944 military planners used the plant as a raw material in the war against Nazi Germany and Imperial Japan. Milkweed seeds have white, wispy hairs know as floss. Before the use of synthetic fibers, the value of milkweed floss was its buoyancy. The armed forces used it in the manufacture of life preservers for the soldiers, airman & sailors. Life preservers were critical, since so much of the war was fought on & over the seas. Milkweed was not the first choice for life preservers. During World War II, the Japanese gained control of the Dutch East Indies, cutting off the U.S. supply of floss. Milkweed proved an acceptable substitute. Schoolchildren spent the hours walking roadsides and railroad right of ways gathering milkweed. Before the war it was considered a weed. Bags were supplied to carry the collected pods, and children received 15 cents per bag. You needed 2 bags of Milkweed pod floss for one life jacket. The U.S. military called for the collection of 2 million pounds of floss which was enough to fill 1.2 million life jackets.