This pair of Wood ducks were checking out this Wood Duck Box at the local Nature Preserve. We noticed the female was really trying to go in, but having great difficulty getting in the box. She tried multiple times before swimming off. We noticed after watching that she was missing one foot which probably made it difficult to get in the box. She tried flying in and almost made it then fell away from the opening. We were thinking a Snapping Turtle probably got her foot as they were swimming around. The pair swam off and we are not sure if she tried again at a later time. 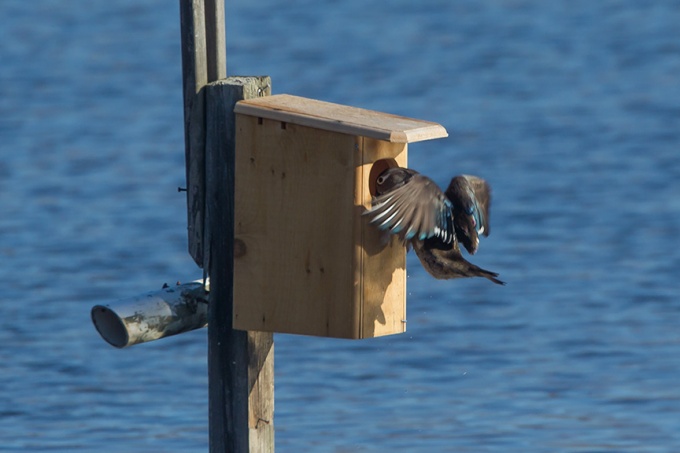 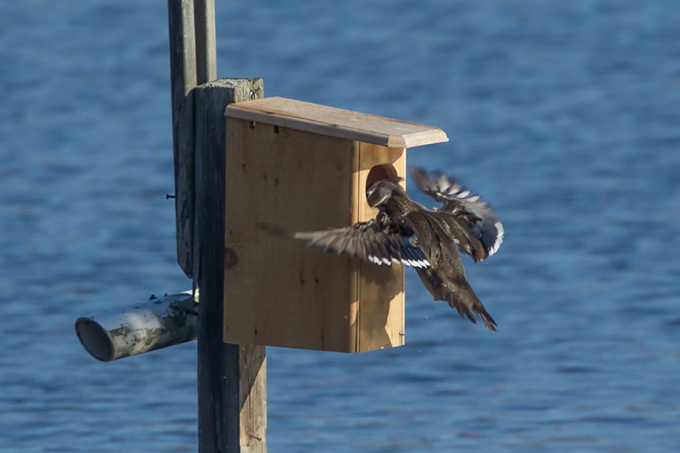 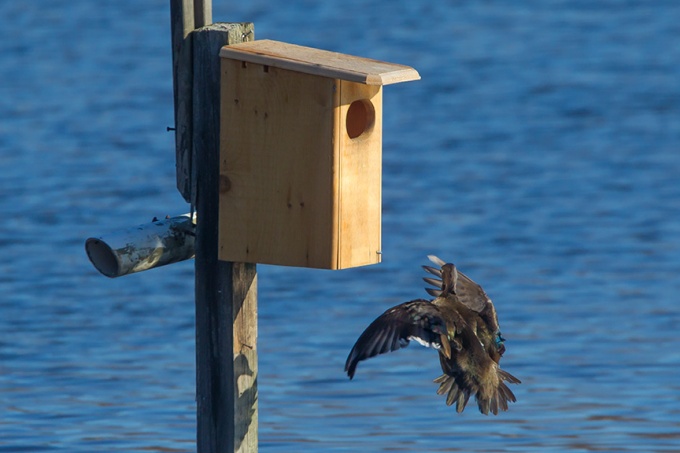