I liked these clouds by the lookout platform at Blackwater NWR. It reminded me of a starburst, but with clouds. I decided to leave the top of a small tree as a center point for a visual center to draw your eye. Three images @24mm, combined in Photoshop with layered masks for blending the three images.

When we were going to the Blackwater National Wildlife Refuge, we planned for the first day to include the sunset and the second day to be there for the sunrise. Usually they are very dramatic and colorful at Blackwater NWR. Normall we go to the end of the Wildlife Drive for sunsets and the beginning of the Wildlife Drive for sunrise. The sunrises are better on the Little Blackwater River. While the sunsets are better by the Blackwater River. While we were on the Wildlife Drive heading for the far end, we noticed and liked the colorful clouds on the Blackwater River so we stopped and shot a few panoramas as the sun was getting lower. Even with 12mm or 24mm lenses, it still did not give me all I wanted in my shots. So I shot a series of images handheld, to blend together to get the view I wanted. The featured image was a series of shots in a vertical format to blend together. I wanted to include more sky and reflections in the water. The image below was a series of images shot horizontally to blend together.  With 12mm or 24mm lenses it seems like you have to shoot the images with a lot more overlap on each image than with longer lenses. Also instead of using Photoshop to automatically align and blend the images, they come out better to manually align each image manually and make soft edge masks to blend together for the final image. Photoshop tends to really distort the few images on each end and distort the edges badly, especially the extreme images on each end. The clouds and reflections then look really distorted and warped.

We went to the Blackwater National Wildlife Refuge outside of Cambridge, Maryland to see what subjects we could find to photograph. These images were taken along the Wildlife Drive. The Eagles were scarce, only saw a few in the distance, but we kind of expected that. But in the Winter months Blackwater has one of the highest numbers of Eagles in the Northeast. So we were concentrating on Dragonflies, other birds, panoramas and sunrises & sunsets. The featured image was 4 Horizontal shots @24mm, assembled in Photoshop. With wide angle lenses for panoramas, I tend to overlap more than when using long telephoto lenses. The wider the focal length the more overlapping shots I do. These images were shot on or near the long Observation Platform along the 4 mile Wildlife Drive. The above featured image was 4 horizontal shots @ 24mm. On the right side of the featured image you can see part of the Observation Platform. These images were taken with the Canon 24-105mm lens or the Sigma 12-24mm lens. The Blackwater NWR includes more than 28,000 acres of tidal marsh, mixed hardwood and loblolly pine forests, managed freshwater wetlands and croplands. The Blackwater & Little Blackwater Rivers flow through the refuge so I guess that is where they got the name Blackwater NWR. 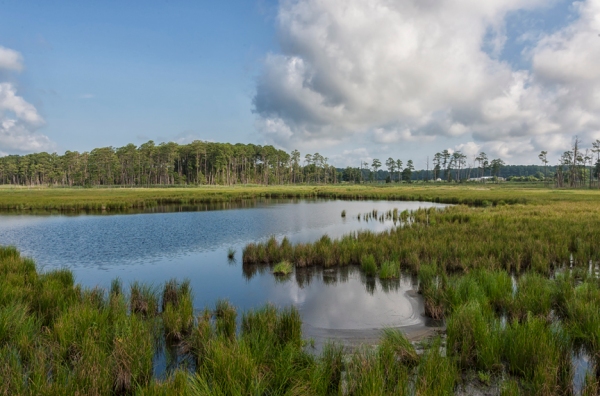 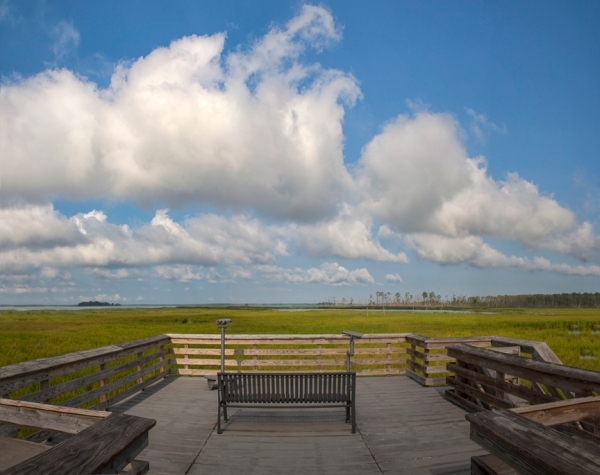 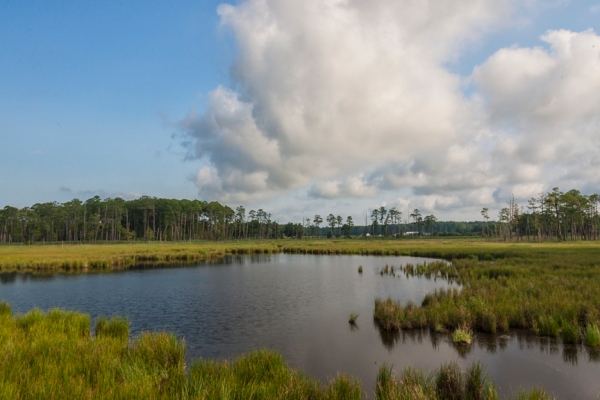 This series of cloud images reminded me of birds in flight. They sort of looked like a bird’s body and outstretched wings floating by in the sky. I tried a few cropping and focused on a few different cloud formations. 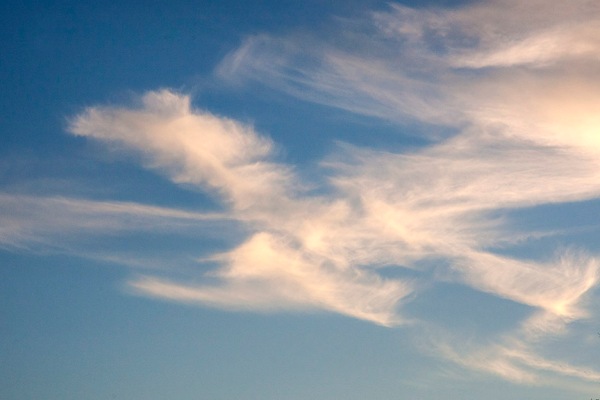 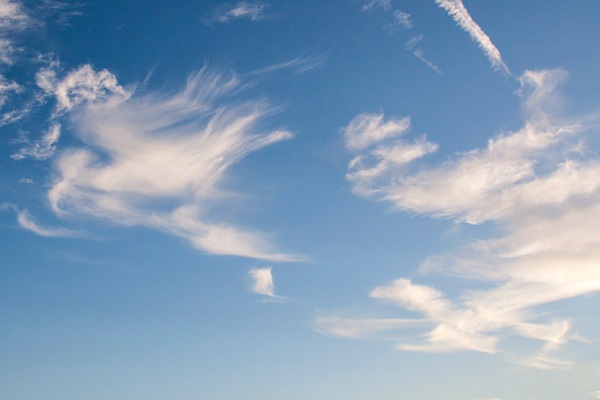 During our walk at the Plainsboro Preserve, we noticed this tree with a cloud formation right above it. It looked like a column of smoke coming from the top of the tree. For some reason it just amused me. The feature image was 1 shot, while the one below is a two image panorama.

Sunbeam Through Opening In Clouds 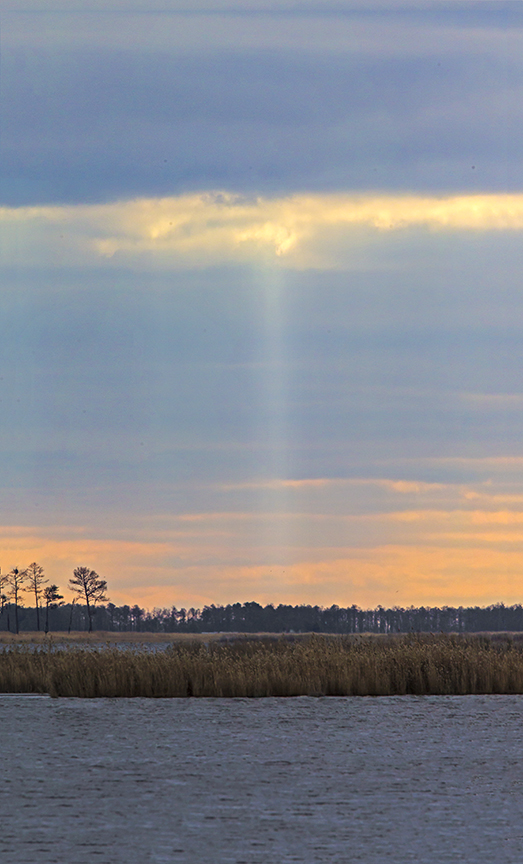 While I was working on files from a previous visit to the Blackwater National Wildlife Refuge in Cambridge, Maryland, I came across this image of a sunbeam shining through an opening in the cloud cover. I used a 400mm lens to isolate the beam so it was more prominent in the image. With a wider view, the sunbeam did not seem to stand out as much. I think the beam as is, is prominent enough against the clouds and I did not want to enhance the beam to make it stand out more, opting for a more natural look.