Blue Dasher In Our Garden 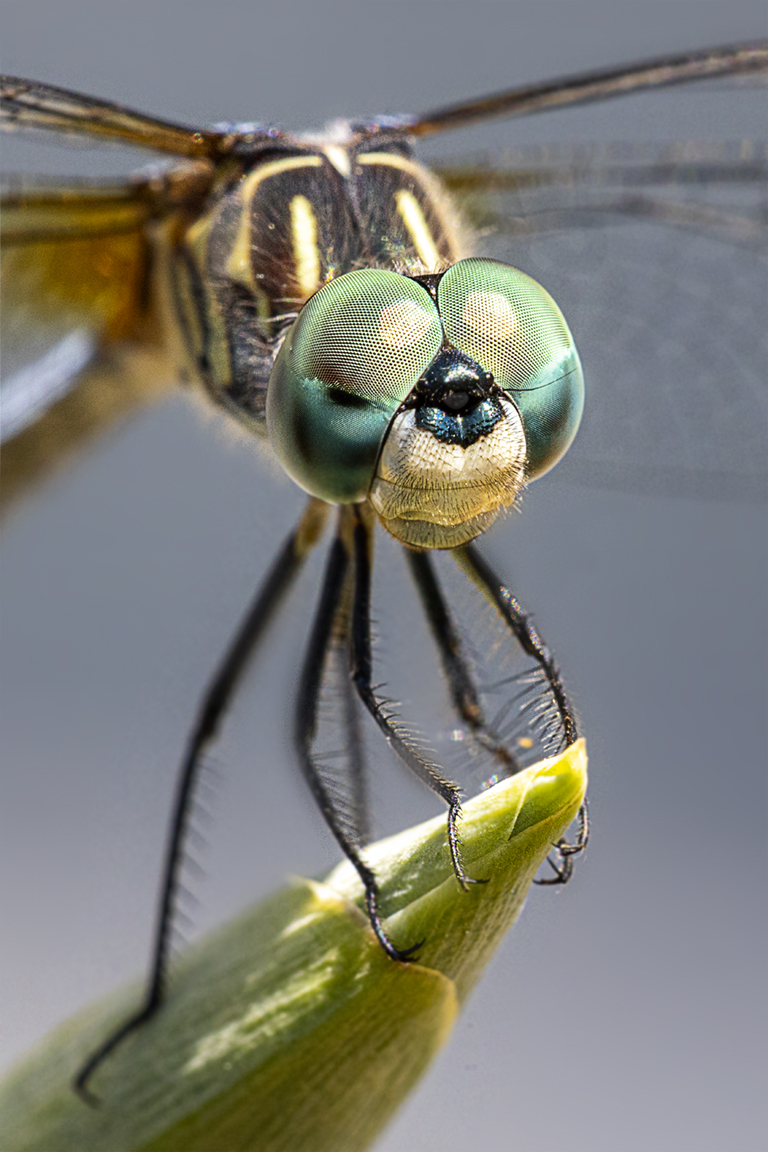 I noticed a male Blue Dasher on the top of a Gladiola in our garden as I was looking out the window. So I went out to get some images to post. It has been unusually extra hot here in NJ, so we have not gone to any of the local parks lately. As I was inching closer to the Dasher, it flew off, but quickly returned to the same spot. After doing that multiple times it finally stayed on the tip of the tall plant. I guess it began to tolerate me as I was inching closer. I was hand holding my camera, but I shot a series of focus points along the dragonfly for image stacking. The Blue Dasher was close to the side of my home so I was shooting wide open to have a smoother background. This eliminated the shadows under the rows of siding that would have given confusing rows of darker stripes to the background. I was using a Canon R with a Sigma 150mm f/2.8 macro and a Sigma 2x teleconverter. So with the 2x teleconverter, my wide open f/stop was f/5.6. I manually focused a series of focus points from wingtip to wingtip plus close ups of the face. I was surprised the Blue Dasher did not fly off and allowed me to get right in it’s face, so to speak. So I tried many different focus stacks to see which might work better. Here are a few images from the series. 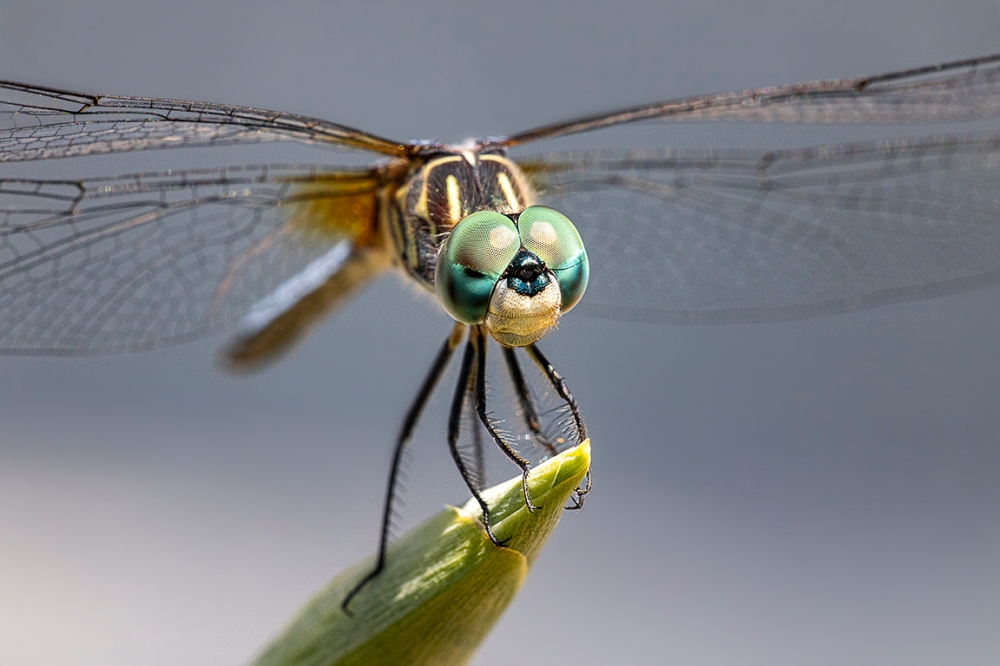 10 Comments on “Blue Dasher In Our Garden”