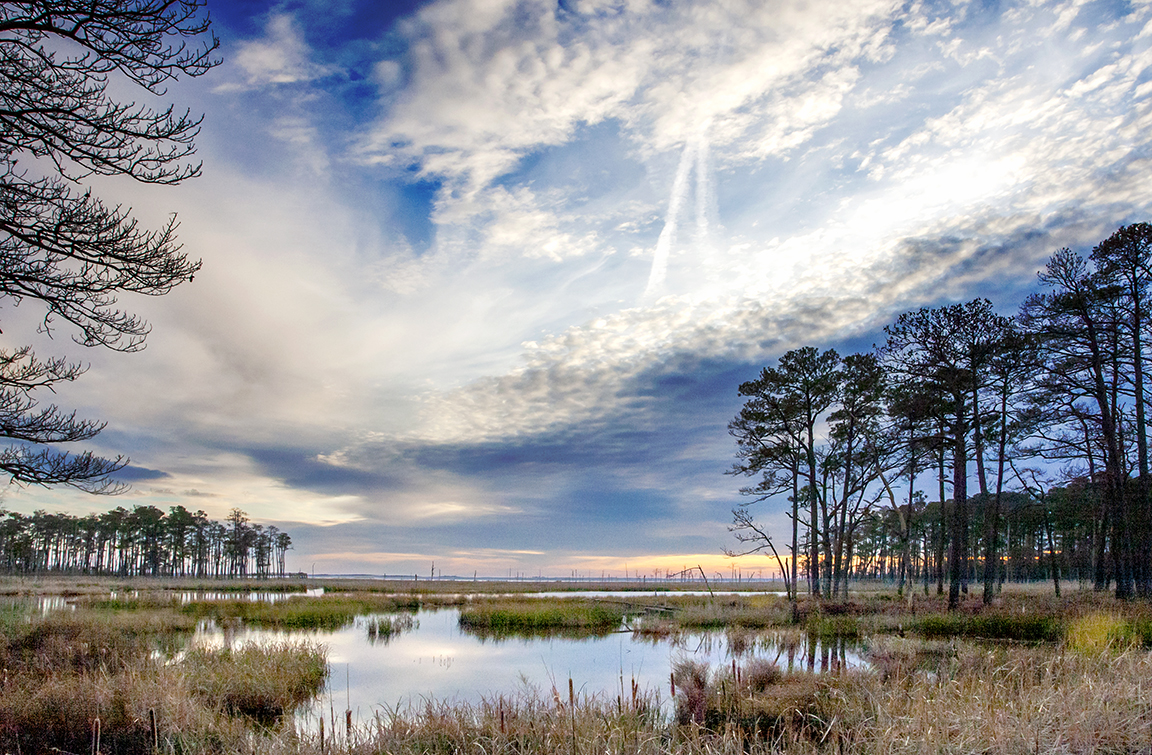 I was going through old files and found this Blackwater NWR Landscape from a few years ago. I liked the clouds accenting the tree line on the right side. This was taken with a 17-40mm lens @ 17mm. I was surprised because it was a lens I hardly ever used preferring a 12-24mm instead. Landscapes at Blackwater NWR can be spectacular, especially in the early morning or late afternoon. This image was taken in late afternoon before sundown.