A few years ago, I had a group of photo friends meet on the weekend at my studio to shoot some macro setups instead of going to a local Wildlife area and freezing in the cold. We usually looked around for interesting subjects and found this deceased Robber Fly on a window sill and used a piece of bark as a background. Also it was a way to show different techniques in a controlled setup. I wanted a strong fly shadow so I setup the studio flashes for a 4 to 1 power ratio with the main strobe (a focusing spotlight) lighting the fly & giving the shadow and the softboxes filling in, but keeping the shadow of the fly. The featured image was shot @ f/8 to keep the backgound softer so it did not detract from the fly subject. Image taken with a Canon 100mm macro lens. 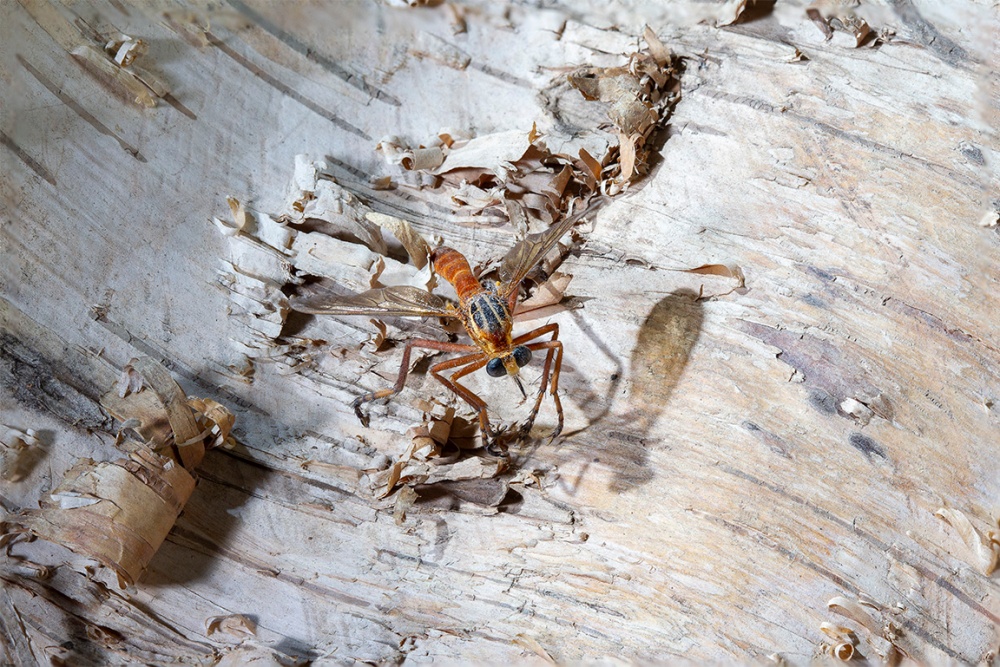 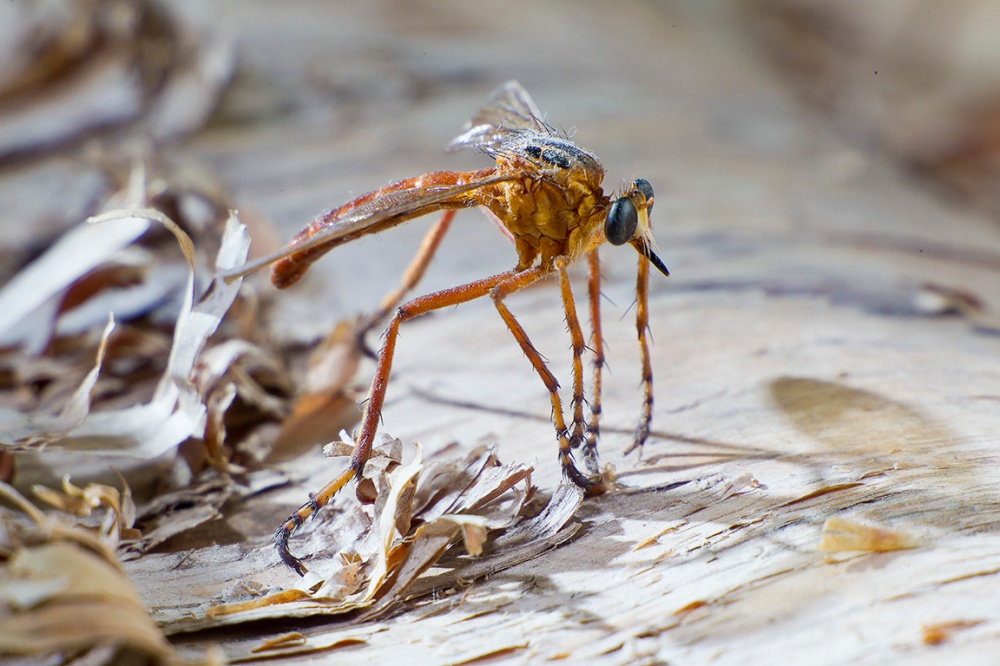 This Robberfly image and the featured image captured @ 1/125 sec @f/8. I wanted the background to be softer 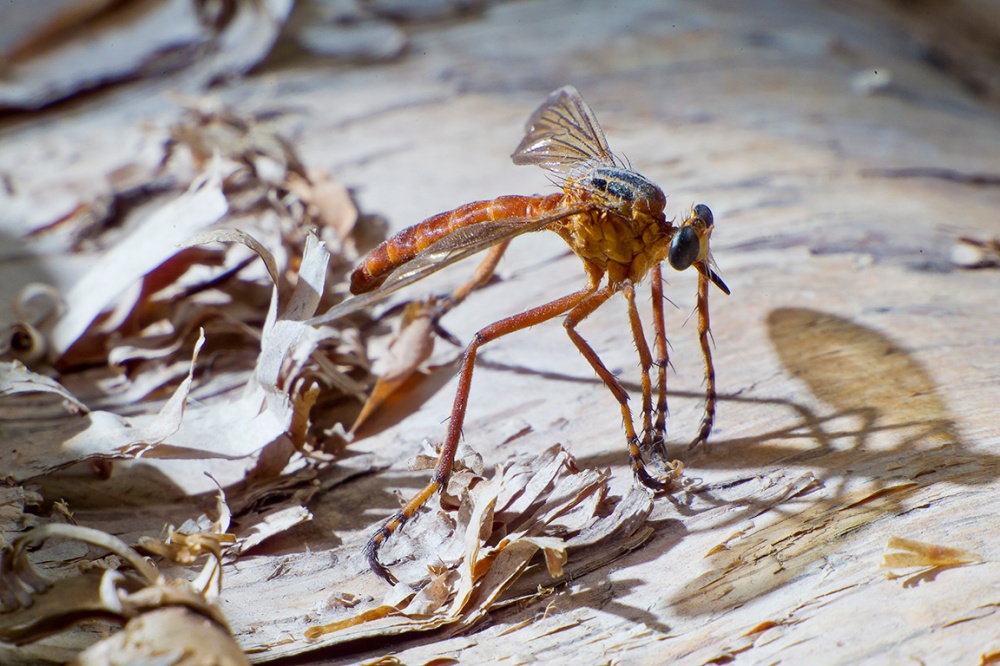