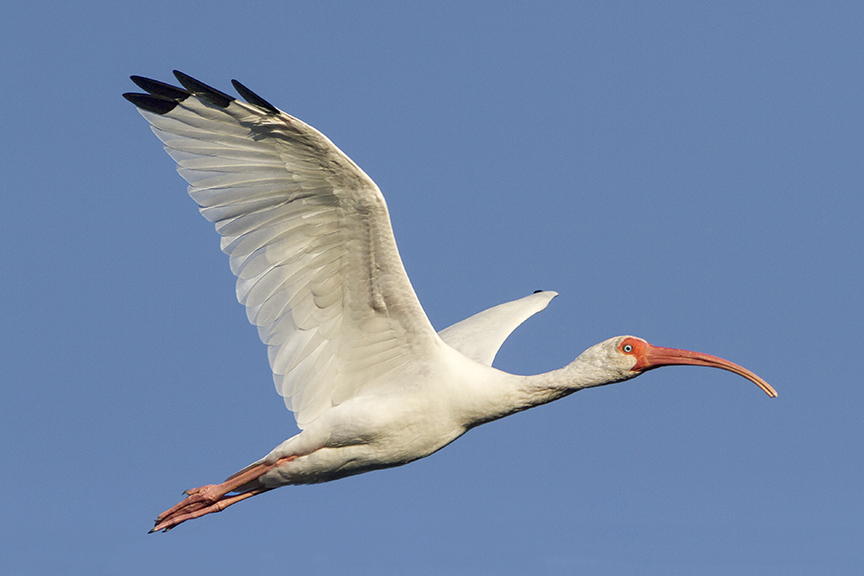 I am still going through my images from our trip to Florida from last November. There were quite a few White Ibis foraging for food and a few flying around in the Refuge. As I was photographing the White Pelican panoramas, this Ibis flew by. I liked the featured image with the Ibis as it was coming towards me, giving a more interesting angle plus had wings in an elevated position. We were traveling “light”, so I was using a Canon 300mm f/4 with a Canon Series III 1.4x teleconverter.

As the Ibis was almost in front of me, it did not seem to be as interesting an angle. Plus the shadow on the wing was not my favorite view.