We went to Blackwater National Wildlife Refuge outside of Cambridge, Maryland looking for Eagles over the weekend. After passing through the entrance gate starting the Wildlife Drive, we saw quite a few Tundra Swans off to the right of the Drive. They were far off, so no good detail shots, but there were quite a few Northern Shoveler Ducks close by, so I started photographing them. I was using a 400mm lens with a 1.4X Teleconverter. Then I was wondering how many Tundra Swans were out there, widely spread out in the water in front of the tree lines. They were spaced out in small groups with some distance between the groups. I tried taking a series of panoramas so I could count how many Tundra Swans were out there. The main pano series I used was 27 images, 228″ wide when done, shot handheld and assembled in Photoshop CC2017. It took a while to put together, but I could count 112 Tundra Swans! I was surprised because visually by eye I thought maybe 30 or so. I did not count the Canada Geese and various ducks mixed in between them. I did discover I need more Ram for my Mac at home! Following are a few low res images of individual details from the pano, plus the Shovelers that started it.

Northern Shovelers That Started The Panorama 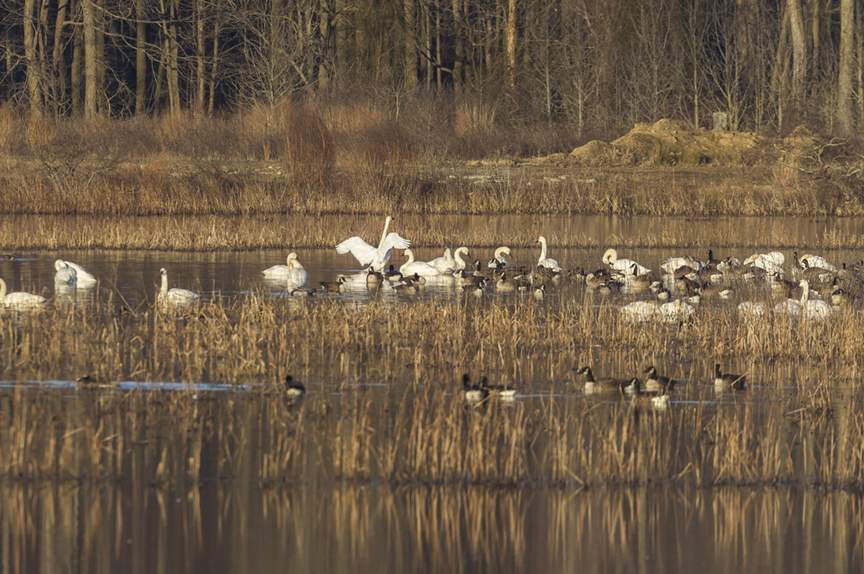 A few images from the pano – Low res jpegs 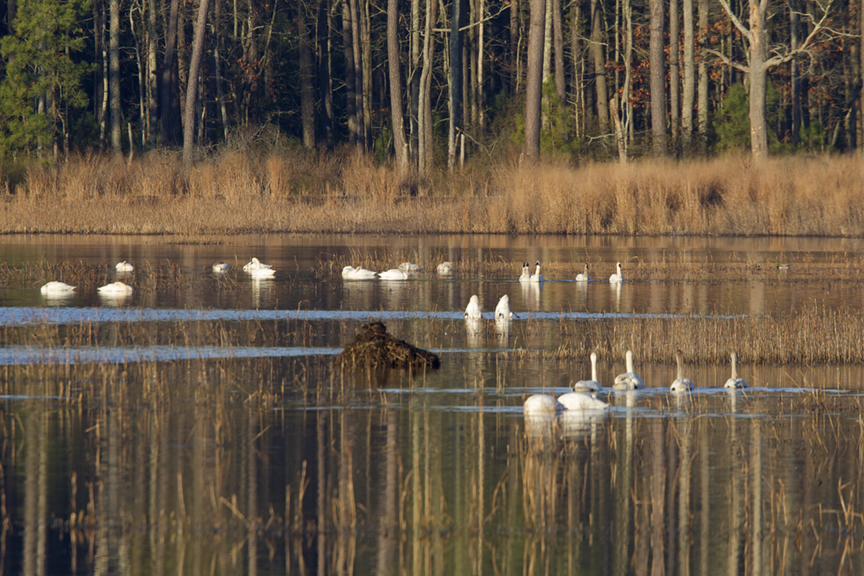 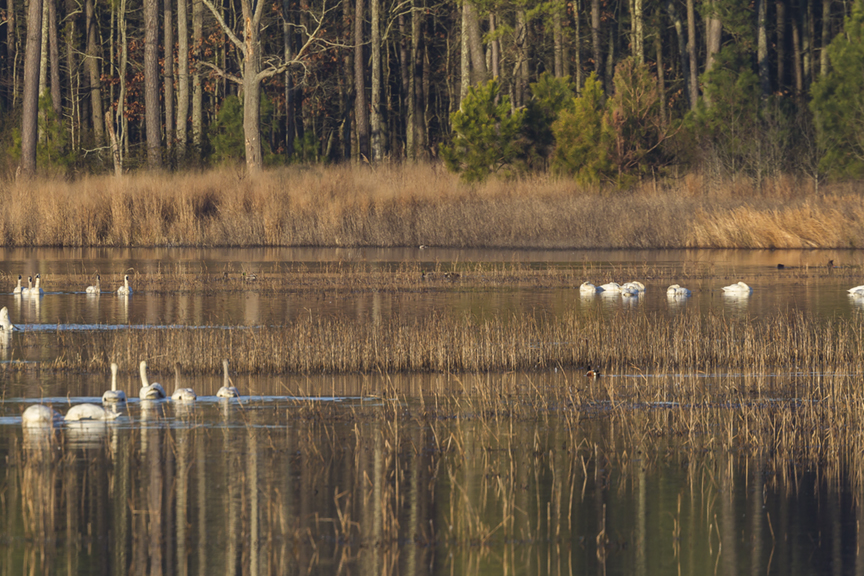